India is a country mysterious and incomprehensible to most Europeans. The people of India attach special importance to food. For Indians, food is more than just the process of ingesting food.

Indian cuisine is as varied as its geography, culture and climate. But despite the existence of 3,500 castes with their own customs governing food, only two religions, Islam and Hinduism, have influenced the culinary tastes of the Hindus.

Indian cuisine is one of the oldest and most popular in the world. Over the centuries, immigrants have added to the traditional Indian cuisine. For example the Portuguese brought pepper, which is perfectly acceptable all over India, while soufflé and baguette came from the French. 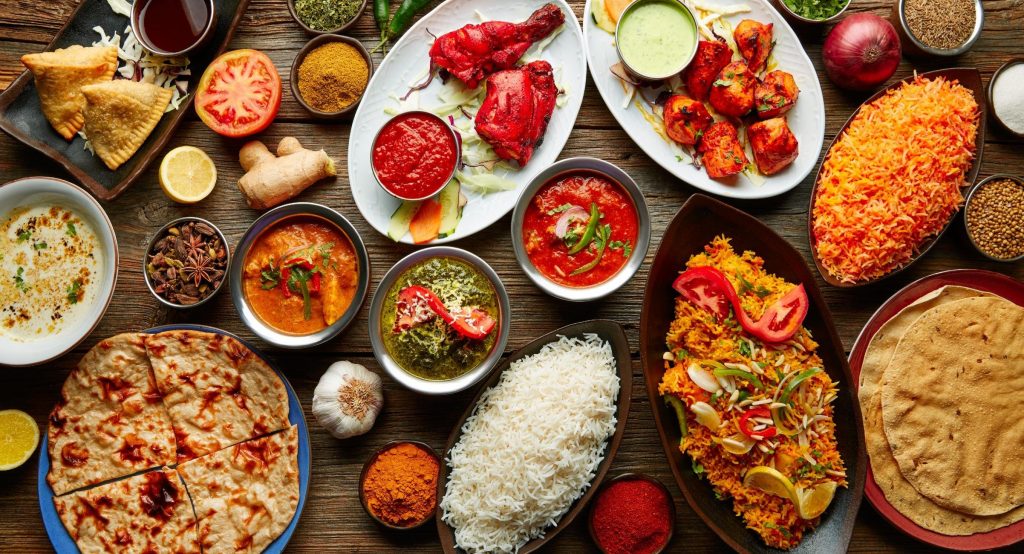 The English also made their mark on the culinary history of the country. Thanks to them Indian cooks prepare puddings, anchovy sandwiches, lamb’s head jelly, and many other dishes. Most of all, Indian cuisine was influenced by the Great Moguls, who ruled India for several centuries. Even today, such dishes as rice fat pilaf and biriyani are still eaten in India. The tandoor, the large standing oven in which bread and meat are cooked, is also left over from them in India.

Vegetarian dishes made of beans and vegetables are the basis of Indian cuisine. Most Hindus do not eat meat. The exceptions are Muslims. Traditions of Muslims allow them to eat mutton, goat meat and poultry. The cuisine of northern India abounds with dishes of Central Asian origin.

These dishes are rich in flavor, flavored with spices and sprinkled with nuts and saffron. The meat of cows and other cattle is strictly forbidden by ancient customs and religious laws. These rules are also followed by Muslims. But in some areas, such as the Goa area, people also cook pork with rice. This is the main year-round food of Goans.

The main feature of North Indian cuisine is the mandatory use of clarified butter and wheat. Butter has a special attitude in India, this product is sacred and considered purifying, like all other products derived from cow’s milk. In India the use of large quantities of clarified butter is a sign of wealth and prosperity.

India is the birthplace of vegetarianism. This can be explained by climatic conditions as well as by religious rules. Most of the country is located in a hot climate and meat is not stored for a long time, but in some parts of India there are several harvests of vegetables every year. But still, meat is not eaten mainly for religious reasons. 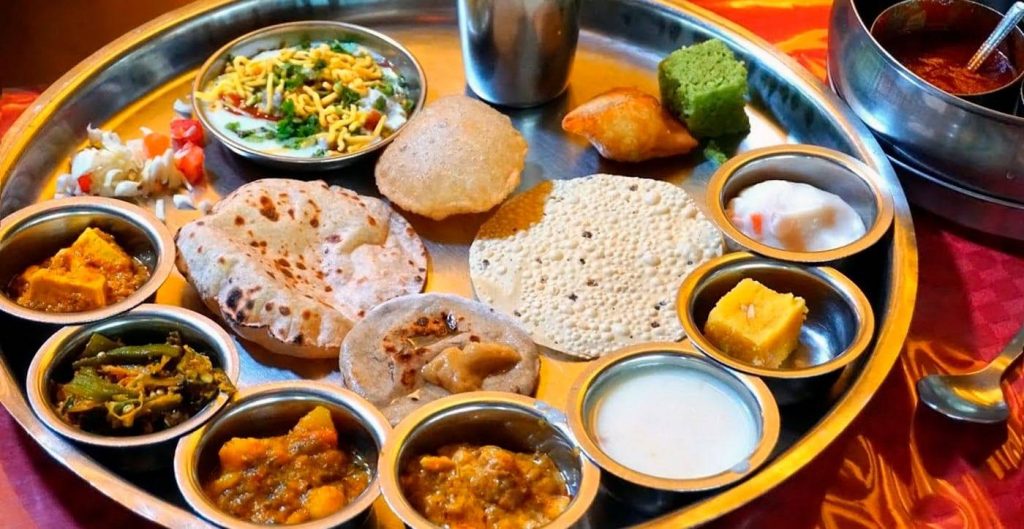 Muslims, who live mostly in the northern regions, do not eat pork, and Hindus do not eat beef. It also happens that members of the same family, following their religion, eat separately. Vegetarian cuisine is more common in southern India. Many people living in the south are strict vegetarians. They do not eat onions or garlic, nor do they eat tomatoes or beets because they are red like blood. Their main food consists of sweet peppers, dates, yellow lentils, and boiled rice.

Curry dishes are very popular, more often vegetable, and quite spicy. Curry in India is not just a spice, but a large group of dishes, distinguished by one feature, they have a thick consistency and a combination of freshly ground spices.

Indian Cuisine is a true art, which requires a little patience and a lot of inspiration.