Jewish cooking is extraordinarily whimsical and full of traditions and time-consuming recipes. For more than a thousand years they have channeled the frenetic energy of the Jewish wife and hostess.

And the cime is a delicate concoction where potatoes are mixed with raisins, prunes, and cinnamon, and meat with dried fruit, orange, and honey! And a variety of kugli (casseroles) of beets, onions, turnips. And who hasn’t heard of stuffed fish (gefilte fish) with horseradish? Bebel asserted that it was worth embracing Judaism for the sake of this dish. Every Jewish place has its own recipe for gefilte fish, which they are very proud of. Some make them as spicy fish cutlets in beet jelly, others as minced fish in the form of fish. Sometimes they put raw onions in the mince, and sometimes they put grated carrots in the mince. 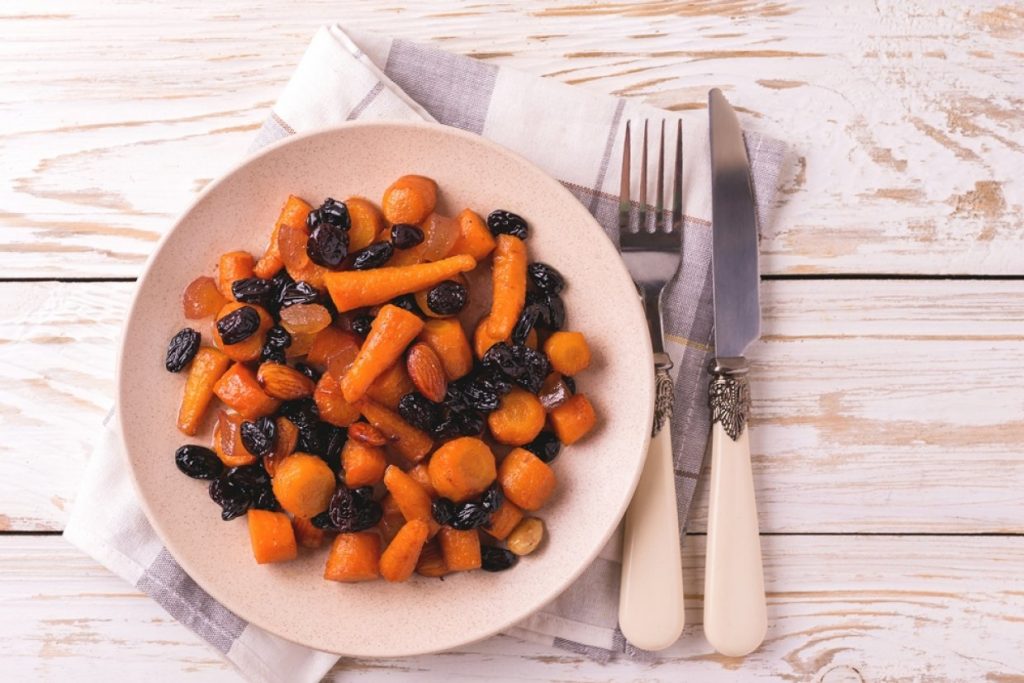 There is some disagreement among Jews about the preparation of gefilte fish. But ask any Jew and he will tell you how to tell the difference between a real gefilte fish and a fake one. To make a real gefilte fish, you need a large scaled river fish, carp, pikeperch, bream, etc. And be sure to indefatigable grandmother’s or mother’s hands, which will pick out all the fish bones and neatly separate the fish skin from the meat. Onion peels will be needed – they are placed on the bottom of the pan in which the fish is stewed. And there is absolutely no need for gelatin.

But it’s not just a variety of delicacies that the Jewish grandmother is treating her Jewish grandchildren to. Various stories are the spice that makes the taste of each dish unique. And Jewish food is accompanied not only by grandmother’s stories, but also by biblical stories. 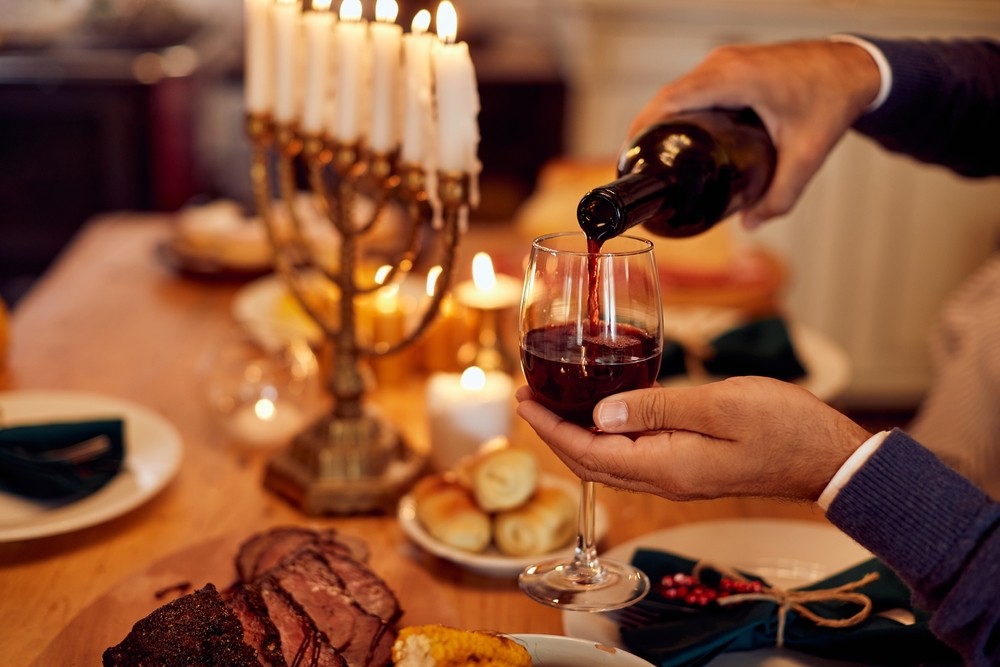 Whether the table is rich or poor, its obligatory attribute is bread (two white challahs), salt, and a goblet for grape wine. The father blesses the wine, fills the goblet, drinks it and hands it to the mother. Then the father breaks the challahs, blesses the bread, dips it in salt and eats it. Bread and salt! Shabbat, Sholom!

The laws of Judaism obligate Jews to eat according to strict canons, which the Torah associates with holiness. Only certain foods are allowed to be eaten, but even these will only become “kosher” if prepared in the correct way. The kosher animals specified by the Torah are only ruminants (cows and sheep). It is an unforgivable sin to eat pork. It is forbidden to kill hunting birds and animals. Their meat is not kosher. That is why hunting is not popular in Israel.

Kosher fish are those with fins and scales. That’s what it says and that’s it, with no motivation whatsoever. Clams, crabs, and crayfish are not allowed. Of birds, only chickens, turkeys, ducks, and geese may be eaten. Meat and dairy products are never cooked in the same dish. In kosher homes, there are always two sets of dishes and utensils available. Fish, fruits and vegetables can be combined with any food.

The word “kosher” itself has no direct relationship to food, but is translated from the Hebrew word for “suitable.